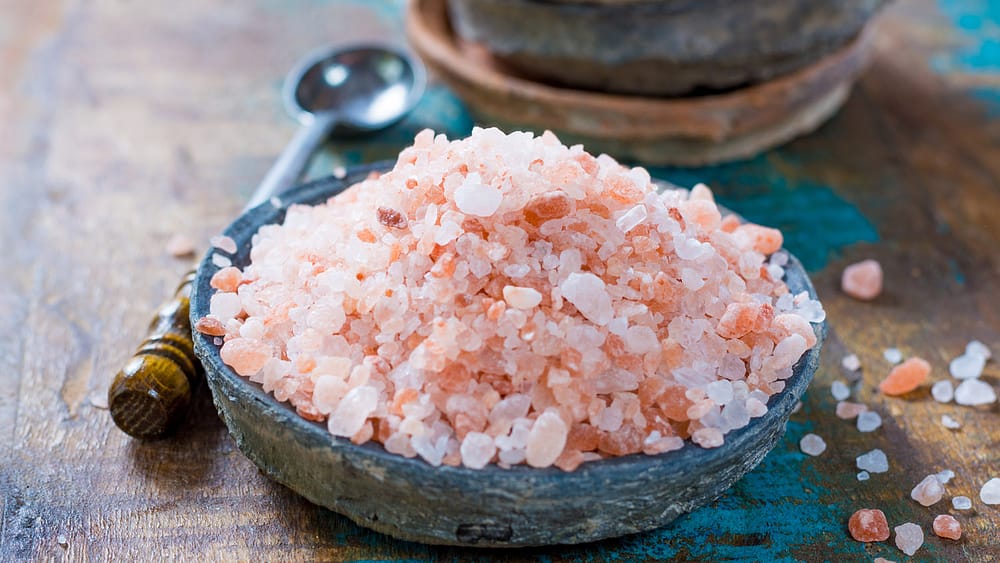 Pink Himalayan crystal salt is something that has popped up in the mainstream over the past few years, so there's a good chance you've heard of it and know what I'm talking about.

If you don't know what I'm talking about, I'm here to tell you all about pink Himalayan salt and why it's so great for you, especially when compared to sea salt and regular table salt.

Pink Himalayan salt is unique in that it's only found in Asia. It is believed that about 200 million years ago, beds of crystallized sea salt were buried under a layer of lava.

Over time, the salts were preserved from the elements by their protective layer of lava now turned rock. These salts have been kept in almost pristine condition, untouched by the pollutions of modern man.

Pink Himalayan salt is chock-full of trace minerals. In fact, the same 84 trace minerals can be found in both the human body and this rare pink salt.

Some minerals worth mentioning are sodium chloride, sulphate, calcium, potassium and magnesium. Also, it should be noted that by eating pink Himalayan salt, you're ingesting less sodium per serving due to it being less refined and in bigger pieces.

So, if you start eating pink Himalayan salt, what type of health benefits can you expect?

To further establish just how great this salt is, we have to compare it to other salts.

Sea salt is the obvious second best choice here. However, even sea salt is becoming more processed every year. Not to mention our oceans are seeing levels of pollution previously unseen before.

Due to the simple fact that pink Himalayan salt has been kept in near perfect condition since its formation, it's simply the best you can get.

Table salt is definitely the worst choice of the three. This type of salt is drained of its mineral composition, leaving behind only sodium and chloride.

Then, it is bleached and "cleaned" with chemicals before being baked at a high temperature. Furthermore, the iodine that is added to the salt is often synthetic, making it hard for the human body to properly absorb.