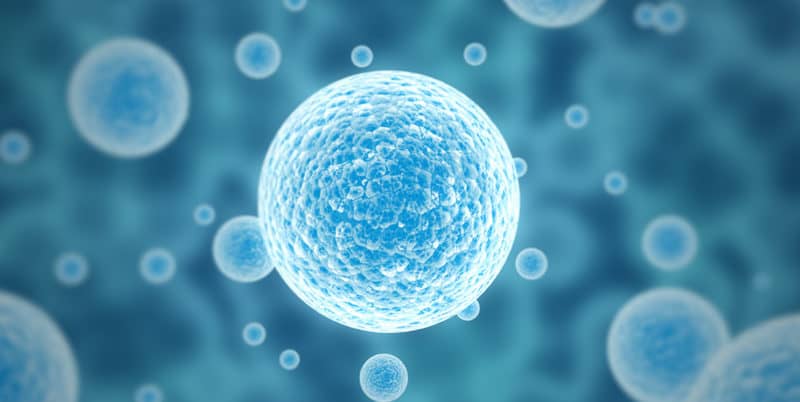 LONG ONE... BUT VERY IMPORTANT

Recently significant attention has been given to the use of exogenous ketones to supplement a healthy metabolism. Exogenous ketones include ketone salts, which consist of a ketone body bonded to a salt, and ketone esters, which consist of the raw ketone body itself. The ketogenic diet – that is, of intake of high-fat, low-carbohydrate foods – has consistently been used as a method for quick weight loss. The diet works by restricting glucose as a source of fuel so that the body is forced to find another means of energy. Thus, providing a primarily fat-dominated diet prompts the body to produce ketones, molecules synthesized in the liver from fatty acids. The supplementation of exogenous ketones to the ketogenic diet facilitates human metabolism and therefore weight loss. However, there is also emerging interest in the use of exogenous ketones to enhance gut health.

Many individuals who follow the ketogenic diet improve fat loss by incorporating exogenous ketones into their diet and thereby supplementing already-present endogenous ketones. The human body produces three endogenous ketones: acetone, beta-hydroxybutyrate, and acetoacetate. Ketones are responsible for enhanced fat loss by providing a more efficient fuel source to the body, improved physical performance, and ultimately enhanced mental stamina and longevity. The presence of ketone bodies in the body also has a direct impact on gut health. The traditional western diet directly reduces the presence of Bifidobacterium in the gut, one of the primary bacteria that promote a healthy gut.[1]

Inflammation, one of the fundamental causes of disease, alters the method by which gut cells respire. As a result, the gut no longer efficiently undergoes fat oxidation. Typically, gut bacteria undergo dietary fiber fermentation to produce short-chain fatty acids. Type-2 diabetes and obesity, two conditions marked by insulin resistance and inflammation, are characterized by changes in the gut barrier, ultimately disrupting symbiosis.[2] These changes are the cause of endotoxemia, an immune response from freely circulating endotoxins produced by Gram-negative bacteria, ultimately causing inflammation and metabolic disorders.

Furthermore, toxins that remain atop Proteus, another type of gut bacterium, can proliferate, and as a result, promote insulin resistance and inflammation. High chronic inflammation has been termed one of the underlying sources of disease, including cancer, and heart disease. Such increased endotoxin levels stimulate an insulin response, which serves to reroute nutrients in the gut to handle this immune response. Carbohydrate restriction not only improves insulin sensitivity but has also been shown to improve endotoxemia.[3] Metabolic endotoxemia is a condition marked by high blood levels of lipopolysaccharide (LPS), a molecule that promotes an acute-inflammatory response. LPS typically remains in the gut, but when normally tight junctions that line the intestine become damaged due to high blood glucose levels, LPS can leak out, resulting in an inflammatory response. Reduced levels of glucose in the blood from consumption of carbohydrates has reduced the gut barrier function changes that come with a high-glucose diet.[3]

Exogenous ketones, which do not require the body to break down consumed fat into fatty acids, also benefit the microbiota that resides within the intestines. Fatty acids produced by the microbiome, called volatile fatty acids, are the by-products of fiber fermentation in the body. By supplementing the body with additional fatty acids that the microbiota does not have to generate, the microbiota is aided in the synthesis of vitamins, the production of energy, and ultimately the reuptake of already-produced short-chain fatty acids to conserve a balanced and healthy gut.[4]

Exogenous ketone beta-hydroxybutyrate, which is also synthesized by the body, has been shown to mitigate the microbiota that produces propionate, which has been speculated to induce cognitive decline in disorders such as autism.[4] Butyrate has been suggested to reduce the cellular response of propionate-generating gut bacteria.[4] In addition, butyrate boasts benefits that extend to gut lining sustainability and protection. Butyrate inhibits histone deacetylases by regulating the transcription of genes responsible for protection against oxidative stress and free radicals. The intake of sodium butyrate, similar in structure to beta-hydroxybutyrate has been shown experimentally to abate colitis and promote remission in patients with Crohn’s disease by suppressing the response of the signaling pathway NF-kB (Nuclear Factor kappa-light-chain-enhancer of activated B cells).[4] Addition of butyrate in its salt and ester form furthers the synthesis of endogenous ketones, which supports a healthy gut and by extension a healthy immune system.

The benefits of exogenous ketones in the context of gut microbiota are numerous: they limit endotoxin levels associated with an inflammatory response by reducing insulin resistance, enhance the function of already-present microbiota in the gut by limiting energy required to produce fatty acids and therefore dedicating energy towards vitamin synthesis and fatty-acid reuptake, and ultimately reduce the cellular response of propionate-producing bacteria. Further research is required to assess the effect of reduced fiber intake in the context of diet, a characteristic of the ketogenic diet due to mitigated carbohydrate consumption. This creates limitations to the production of short-chain fatty acid by-products and therefore limits benefits to gut microbiota.

[4] Cavaleri, Franco, and Bashar, Emran. “Potential Synergies of β-Hydroxybutyrate and Butyrate on the Modulation of Metabolism, Inflammation, Cognition, and General Health.” Journal of Nutrition and Metabolism, Hindawi, 1 Apr. 2018, www.hindawi.com/journals/jnme/2018/7195760/.